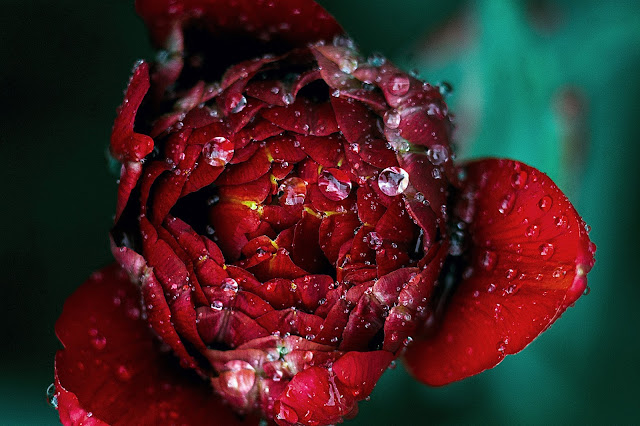 Photo by Roksolana Zasiadko on Unsplash
I've experienced long periods of intense emotional pain since I was a teenager. I've never taken medication for it because for me, depression ebbs and flows. I'm usually able to take care of tasks in my life. I cry in private. Usually, after several months, the emotional pain lifts, and I can enjoy things again.
That's how it has been, until I experienced a severe emotional crisis in December of last year. It hit me hard, and I could not continue with my daily life. I cried often and easily. Staying home was all I could do. Being so intensely sad was disturbing.

As difficult as it was, the lessons I learned from this will have a lasting impact on my life, and I'm still learning from it. So now I'm sharing my personal experiences and what I've learned so far with you.
What Depression was Like for Me
Depression caused me to interpret events in my life in an unhelpful way. Life became like trying to hold on tightly to a fist full of sand.
There were so many things I longed to control: what people thought of me, their feelings about me, how they interacted with me, the future, and the hurtful moments in my past--when in reality no one can control any of those things.

I felt like everything was slipping through my fingers. I became hopeless, and I was sure no one cared about me and those who did were thinking badly of me and were only caring because they felt like they had to.
On top of that, the loss of my ability to concentrate and remember things didn't help my self-esteem. I constantly felt like I was stupid. I was miserable and had a lot of anger rippling under my skin.
I became divorced from my feelings. The numbness of depression is REAL. I've read that part of depression is being unable to express your needs and wants. I often felt mute, with every day rushing towards me full of overwhelming tasks, fears, and expectations. I was drowning in life with everyday things threatening to pull me under. Doing household chores became too much. Being around people became too much. Being at work became too much. I was being suffocated by my own thoughts.
My emotional pain forced me to question everything in my life and about myself. On the outside, everything was fine. I have a loving husband and a good job that is overall, low stress. I have decent physical health. So why is my mental health being such a problem?
As I mentioned before, throughout my life, I have suffered from depression off and on. At worst, it lasts about a year, and then it fades away. I normally can keep up my daily responsibilities with the so-called "smiling" or "walking" depression. It's so easy to smile although you're dying inside. Until you can't. In December, when I found myself taking sick days off from work because of my depression, I knew I had to stop waiting for the monster to fade away. For once in my life, I had to do something about it.
The whole "doing something about it" is a long journey of it's own. I'll share what that was about later. However, now that I'm out of the worst of it, my life is better than it was before. 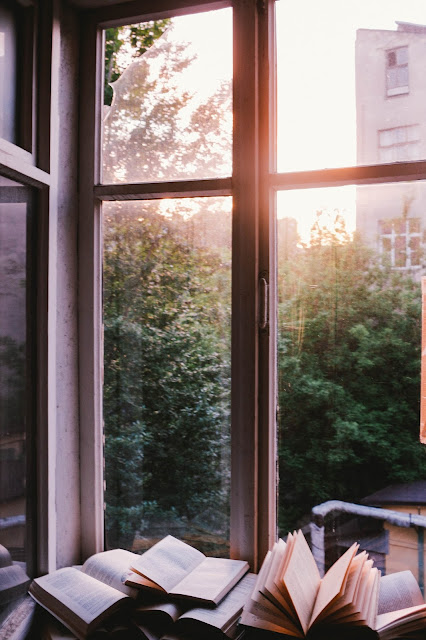 Photo by John-Mark Kuznietsov on Unsplash
Changes depression has forced me to make in my life and what I've learned:
Depression forced me to live a healthier life. I exercise regularly, take vitamins, rarely consume caffeine, cut back on refined sugar, and value my sleep. Simply having good sleep habits and cutting out caffeine (lately, I've been going for weeks without it) have noticeably lowered my feelings of overwhelm and anxiety. I've replaced caffeinated chai tea lattes with chamomile lattes. Herbal teas have become a staple in my life because they're comforting. I seek out comforting things to do and to look at. I journal and paint often.

It enabled me to learn more about myself. I discovered that I have sensory perception sensitivity. It's a normal trait that can't be changed, but can be lived with. Learning that I am an HSP has been life changing.
Basically, I've been experiencing life in high definition, with intense sounds, visual input, and emotions, and I was being overwhelmed by it all. For HSPs, overwhelm can lead to depression and other mental health crises.
Finding ways to handle over-stimulation and seeing how it impacts my life has made such a difference. Knowing about my sensitivity has even changed how I deal with memories of past events in my life that disturb me. It also explains why I am more energetic when I don't drink caffeine than when I do. The overstimulating effects of it saps my vitality before the day even gets started. I don't feel noticeably tired after consuming caffeinated drinks, but I experience things in my environment more intensely and as a result, I get more stressed out and tire quickly.
Speaking of energy, I also learned that I have overexcitablilities a.k.a gifted traits, which was a total relief because for a while I was worried that I could be bipolar. On bipolar questionnaires, I can answer yes to having experienced most of the "manic" symptoms, and I feared the day when I would have to face a doctor and say, "I feel depressed, but then there's this...". Turns out, I identify more with overexcitablities, and on taking a self-test in a book about adult "giftedness," I scored very high in that area.
I learned to be in touch with my emotions and my body. As for the persistent numbness that's a hallmark of depression, I found my feelings again by learning emotional literacy.
So much is hidden behind the typical "glad, sad, mad" way of expressing feelings. With emotional literacy, feeling sad became feeling insecure, afraid, uncertain, vulnerable, tired, embarrassed, and uneasy. Feeling glad became feeling content, elated, relaxed, confident, reassured, and motivated. I could give names to the colors of my feelings now.
It's strange. Even reading lists of feeling words made me feel a range of emotions within as I came across each word, causing the numbness to lose its grip. Sometimes I would sit and read feeling words just so I could feel something. The lack of depth that followed me around was simply an inability to communicate what I was experiencing within myself.
Once I could better understand the nuances of my emotions, it became easier for me to figure out what I needed. If my sadness is coming from feeling tired, I should take a nap instead of ruminating over all the bad things that have ever happened to me. If it's from feeling insecure, I need to put myself in a place where I feel safe, either mentally or physically. It's made all the difference.
I learned how to be more resilient. Pulling myself out of the hole was far from easy. At first I often complained to my husband about how exhausted I was. I slept a lot. I had to analyze my negative thoughts, accept reality, and most of all, accept myself. That is a heavy load to carry.
Also having prolonged depression and anxiety can lead to mysterious body aches and pains. Regular massages helped me to deal with all of muscle aches and cramps until they disappeared.
And most importantly, if depression comes and visits me again, I have a full arsenal of weapons at my disposal, and I'm not afraid to use them. I'm not saying that everything is perfect now--I still have much to work on, but now life is becoming manageable.
All of this is a short description of my life for the past 9 months or so, although looking back I realize that I was depressed for a long time without knowing it. The December breakdown was the pinnacle of my problems.

Also in that time, by some kind of miracle, I managed to start a novella series, The Altered Realities of a Dream-maker, and finished writing the first book of it, Jellyfish Dreams.
My stories tend to reflect my mental state, if I want them to or not. The character Winter is like the nagging negative thoughts of depression and anxiety, always showing up at the worst times.
In the future I'll probably share more details and lessons I've learned from my emotional crisis--it's all too much for one blog post--but this experience has impressed on me the importance of taking care of myself.
So any questions? Comments? Similar experiences?... I would love to hear what you think.
---------------
If you liked this post, you would enjoy my novella, The Altered-Realities of a Dream-maker: Jellyfish Dreams, which is now available for pre-order. Check it out here.
Tags: INFP & HSP Creative Life

✨Have some thoughts on this post? Reply with an email✨


Exploring the Archetypes Within the INFP: the Victim, Martyr, Warrior, and Hero

What is Personal Growth and Individuation Like for INFPs?